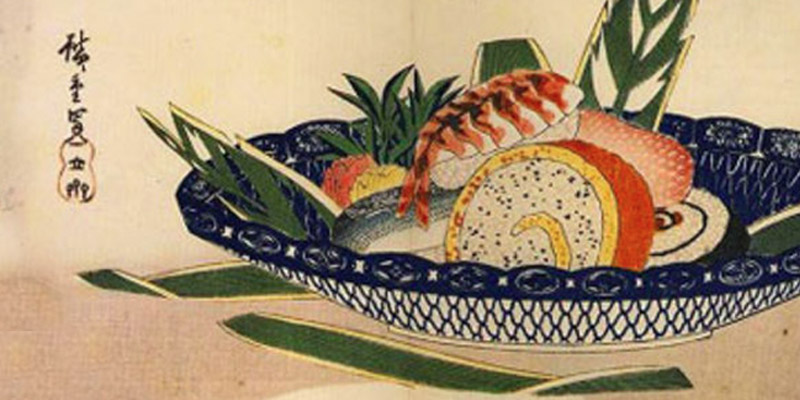 Sushi is one of the best culinary experiences today. It is addictive, cultural and artistic. People from all over the globe have experienced the Asian inspired dish. A true sushi experience is unforgettable and difficult to recreate. Masters of Sushi know how to make each bite a ride of color, texture, taste, and presentation. With so much passion and expertise involved in preparing this one of a kind culinary experience, it is amazing to learn that that sushi had very humble beginnings. Let’s explore.

The Origins of Sushi

The origins of sushi can be found in the techniques used to preserve fish in the days before refrigeration. Salted fish was packed with fermented rice in alternating layers preserving fish for up to a year. This type of pressed sushi was reserved for the wealthy due to the time and labor involved in preparation.

Over the centuries there were advancements in the sushi making process. In the 1600’s rice vinegar would shorten the preservation techniques and allow the rice to be eaten, rather than be discarded.

In the early 1800’s, sushi in its present form began to take shape. When Japan’s capital transferred from Kyoto to Edo (present-day Tokyo), the city grew to become one of the largest and most cosmopolitan in the world. More affluent lifestyles allowed the culture and the culinary arts to evolve and prosper. Food stalls serving tempura, soba and sushi began to spring up
Although the Japanese get full credit for what we call sushi today, the inspiration for sushi is thought to have started in Southeast Asia. Nare-zushi, a fermented fish wrapped in sour rice, originated somewhere around the Mekong River before spreading into China and later Japan. The modern-day concept of sushi was invented in Japan by Hanaya Yohei sometime around the end of the Edo period sometime in the mid-1800s.

Yohei Hanaya (1799 to 1858) gets credit as nigiri zushi’s inventor. Even Japan’s largest vinegar maker, Mizkan, calls him the “father” of sushi. (Though, as Nihombashi Tokyo points out, there were other nigiri-zushi chefs at that time.) After selling his sushi at street stalls, Hanaya established his own restaurant, known as “Yohei’s Sushi,” that specialized in hand-pressed sushi.

If you want to taste authentic, healthy and delicious Asian inspired dishes, visit 720 Fusion Fresh and have an amazing healthy culinary experience.