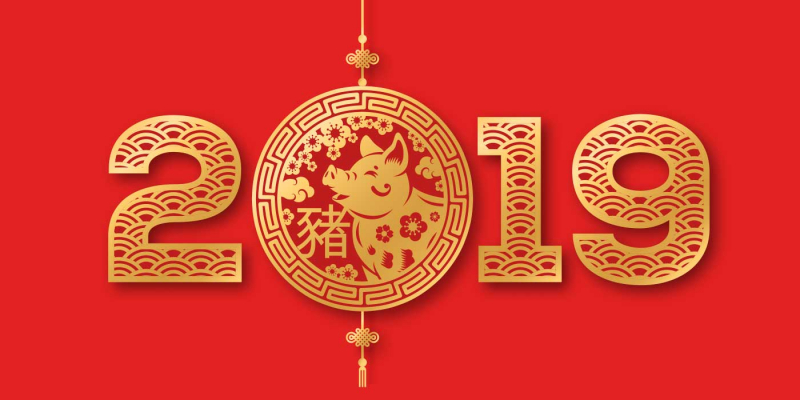 The Chinese New Year, or Spring Festival, has more than 4,000 years of history and is the longest holiday of the year. In the 21st century, the national holiday begins on the first of the Lunar Calendar and lasts until the 15th of the first month. In 2018, Chinese New Year begins on February 5th and ends February 19th.

In China, all stores are closed during the first five days of the Spring Festival, with some not opening until the very end. People must stock up on New Year supplies (年货—nian huo) beforehand and many begin on the Laba Festival. Kitchens will also show the first signs of Spring Festival dishes with the preparation of cured meat, salted fish and other preserved food.

Unlike the Western New Year which always starts on Jan. 1, the Chinese New Year is dictated by the lunar (moon) cycle, usually falling between Jan. 20 and Feb. 21. It’s a major holiday celebrated in China, as well as many neighboring countries and around the world.

According to ChineseNewYear.net, those born in a Year of a Pig “have a beautiful personality and are blessed with good fortune in life.” Pigs are likely to find 2019 to be a “transitional year” that contains tricky situations that are best overcome by sticking them out.

“Pigs may find luck in some areas of their life, but others will require hard work to avoid potential pitfalls. Pigs will most likely experience many emotional ups and downs, making them feel frustrated and sad at times,” ChineseNewYear.net adds about 2019.

The Chinese Zodiac site Chinahighlights.com says that Pig people are known for being “diligent, compassionate, and generous.”

The Man Born in the Pig Year

The adult born in the Pig year represents the knight stereotype – honest, resolved, and brave. Generous and very genteel, he will share his money with you, if needed, but his expectations are as high.

With his proverbial calm, he will tolerate many things and because he dislikes arguments, he will always cede, never seeking revenge. He will not even tell you that you are not right. The Pig natives are smart and they know how to defend their interests.

The Woman Born in the Pig Year

The woman born in the Pig year has exemplary cleaning skills. Perfect host and great housewife, she wholeheartedly loves her husband and children, which represent her pride and the center of her life. She panders to their every whim and gives her supports even more than necessary. She ensures an atmosphere of contentment and full understanding in her entourage and family.

Do you know your Chinese animal sign? Determine your animal sign by finding your year of birth below.

Come celebrate the Chinese New Year with 720 Fusion Fresh and discover all the flavors of Asian Fusion Cuisine in Steamboat Springs, Colorado. We look forward to seeing you soon!