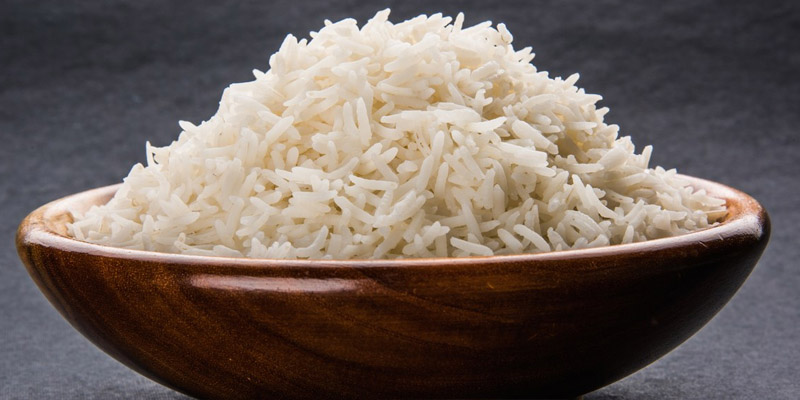 Rice is a wonderful and versatile grain that complements practically any food. And, there are more than 8,000 different types of rice (Oryza sativa) categorized by size and by the method used to process it. Long-, medium-, and short-grain rice are the main types. Sticky rice is produced by the high-starch short grain variety, while long grain is generally less heavy and starchy. Medium grain rice is somewhere in between the two. Milling processes also help define rice, as white rice is the most highly polished rice, with its bran, germ, and nutrients removed.

Brown rice, on the other hand, is replete with nutrients, for only the hard, inedible outer hull is removed. Without question, rice is the most relied upon grain of sustenance in East Asian countries. In fact, in a number of Asian languages the words for “rice” and “food” are the same. Annually, a typical person in Indonesia, Thailand, Japan, or China consumes anywhere from 200 to 400 lbs. In stark contrast, the per capita consumption of rice in the U.S. is less than 8 lbs.

Rice is the second highest worldwide production after maize (corn). Since maize is mostly grown for purposes other than human consumption, rice is the most important grain for human consumption. There are more than 40,000 varieties of rice that grow on every continent except on Antarctica.

Rice is the oldest known food that is still widely consumed today. Archaeologists can date its consumption back to 5000 BC.

There are three types of rice grain: short, medium and long.

There are over 40,000 varieties of rice the three favorite are Basmati, Thai Jasmine and Italian Arborio.

Asia alone both produces and consumes 90% of the world’s rice.

Besides rice wine, vinegar and beer, the distilled plant can produce excellent grappa, and sake.

When leaving the wedding ceremony, and after the blessing of the bride and groom, it is traditional in all cultures to throw grains of rice over the heads of the newlyweds in order to wish them prosperity and fertility in the future.

One of the secrets to Chinese architecture under the Chinese Ming dynasty (1300-1600) can be found hidden in limestone. Rice, which adds strength and stability, was used in the walls of the city of Nanjing.